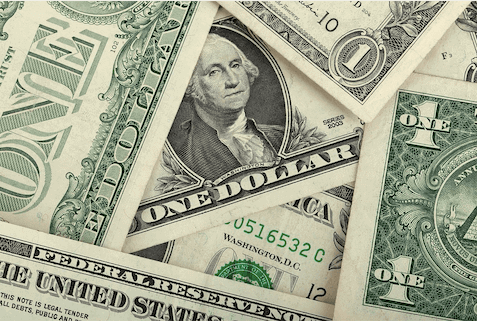 The Most Commonly Asked Questions When Looking To Borrow Money

By Justine GrayNovember 4, 2022No Comments

Home » The Most Commonly Asked Questions When Looking To Borrow Money

Borrowing money can be achieved via financial products such as loans, credit cards, credit unions and authorized overdrafts to name a few. This can be particularly useful in situations where you need money now and cannot wait until your next paycheck to deal with important expenses.

However, those who borrow money can create debt if they do not handle their finances correctly. According to a report by CNBC in 2021, the average American has roughly $90,460 worth of debt. The highest amount of debt was in fact individuals who were aged between 40-55, with an average of $135,841. With this being a substantial amount of money taken out per individual, we thought it was worth looking into the pros and cons and common questions surrounding borrowing money.

Is Borrowing Money Good Or Bad?

Whenever you think about borrowing money, there is usually a negative stigma around it concerning debt. However, this is actually not the case in several instances. For example, if you are looking to buy an investment property, and borrow money from the bank, they will charge you an interest rate on that money, which currently sits at around 7.32%. This would be the rate you would have to pay that money back at, however, if you were able to receive a 10% yield on your property, you would then be making a 2.68% profit on the money borrowed during this period.

Of course, when it comes to borrowing money, you should never look to borrow more than you can afford to pay back to the lender, as this could potentially cause financial struggles further down the line. Most banks and institutions will often do a background check on you, which includes checking your credit score before lending you money, as they won’t want to lend out money they cannot recuperate from the individual. Similarly, if you apply for a payday loan, affordability checks would take place to ensure the borrower would be able to comfortably afford the repayments.

With all the checks performed, it is highly unlikely a loan will be given out to someone who cannot afford it. So as long as you have good credit and are able to pay back the money you have been given, borrowing money is not as bad as it seems.

What Do Banks Let You Borrow Money For?

Banks within America like to lend money out to people who will be able to pay the loan back, as they make interest on that money over time. Because of this, banks will often let you borrow money for a number of purchases. These can include things such as mortgages, car loans and construction loans, which allow property developers to borrow money to build out an asset, where they will then pay the bank back their money with interest once the build is complete.

If you are looking to borrow money for any of these reasons, banks will often check your ability to afford the monthly repayments, through avenues such as your employment history or income. Wells Fargo labeled this the 5 c’s, which are “credit history, capital, capacity, collateral and conditions.” 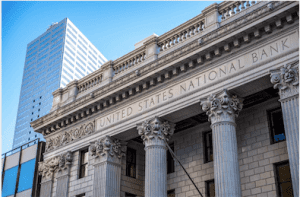 What Do Payday Lenders Let You Borrow Money For?

Payday lenders will let you borrow money for almost any occurrence. Examples of what you can borrow money for includes funeral bills, car repair loans, personal loans, and loans for emergencies such as hospital or doctors’ bills.

Once you fill in a basic application form and get approved, the money can be in your account within an hour. These loans usually carry a higher interest rate, due to the fact that the fast cash can be in your account quickly, even as a same day loan, which other institutions such as banks may not be able to do.

What Are The Quickest Ways To Borrow Money?

There are several types of ways to borrow money quickly. These options are all primarily online, and offer fast access to cash, if needed immediately. One of the most well-known ways to quickly borrow money is through an online lender who will be able to offer a personal loan. These differ from a bank as you don’t have to travel to the bank, you can just fill in an online submissions form.

Sites such as Dollarhand.com give individuals access to over 50 reputable lenders across the US. By filling in a simple online application, their efficient brokerage service means that they search through their network of reputable lenders and come back to you with the best APR rates that could be offered in order for you to borrow money instantly. The main difference between banks and online lenders, is that online lenders look more favorably towards lending money to people with lower credit scores.

An additional way to borrow money quickly is by using a low-interest credit card. A 0% APR credit card is a good option as providing that you pay off the balance within the designated period, you would not pay any extra fees. Credit cards can also be used for cash advances whereby you withdraw cash, although it is best to avoid this since you would be paying interest from the day of withdrawal.

Another route which offers access to easy funds is borrowing money from friends and family. This is a much simpler transaction, and as long as you have an agreement in place by using a notarized document, you should be able to avoid conflict and gain access to cash without having to pay APR and interest rates. 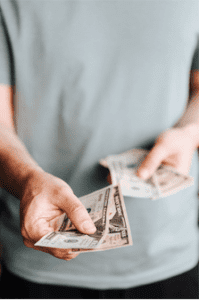